What Will You Harvest This Year?

Perhaps you are wondering about starting off the year thinking about a harvest since in most parts of the U.S. it is very far from harvest time. The reason is because in Honduras we are right in the middle of the annual coffee harvest. The harvest is healthier this year because the fungus known as coffee rust is finally abating; but unfortunately the trading price for coffee on the commodity market is extremely low so it is going to be very hard for families to make a profit this year.

In order to achieve a harvest we first have to sow, or plant; and reap, or gather in what was planted. Since the end of the last harvest the coffee farmers have been planting, weeding, pruning, and fertilizing their farms. They worked hard all year long doing everything they knew how to do to achieve another harvest. To be sure, they did not work alone because God provided the air, soil, sun, and rain to make the plants grow. Include prayer by many farmers and it is easy to see just how much coffee growing is really a joint effort between God and man.

Sowing and reaping is an agricultural principle, but it is also a principle that is always true in every aspect of our lives. Our former pastor, Dr. Charles Stanley sums it up like this, “You reap what you sow, more than you sow, and later than you sow”. This principle is equally at work in your life whether you are a follower of Christ or not. It is equally at work in your job, your finances, your studies, your personal relationships, and your relationship with God.

We Reap What We Sow
We have been planting all manner of seeds on our property in La Campa including coffee, mango, orange, papaya, and lime to name a few. We now have approximately 1,700 healthy coffee plants and our lime tree is producing its first lime right now. Each seed is producing exactly what we expected it to produce; “each according to its kind” as God said many times in the early chapters of Genesis.

And so it is in life, if we sow good things we will reap good things; if we sow bad things we will reap bad things. In the scriptures there is a man named Tychicus. He is described by Paul as a beloved brother, faithful minister, and a fellow servant. What great ministry did Tychicus have to receive such high praise you might ask? Well, in the letters to the Ephesians and Colossians we could easily describe him as being Paul’s errand boy. Not very glamorous we might think but Paul thought differently. And so did Tychicus because he apparently fulfilled his ministry completely. He sowed the seeds of dedicated, loyal, effective service to Paul and as a reward he is mentioned multiple times in the Bible. We can be sure that he is reaping rewards in Heaven too.

We Reap More Than We Sow
One coffee seed produces a plant which will produce thousands upon thousands of coffee beans that will be consumed by coffee lovers all over the world. But some of these coffee beans will be carefully selected from the plant and set aside to be cultivated into yet more coffee plants. So one seed yields far more than most of us can imagine. The same for our little lime tree. So far one seed has produced one tree that has produced one lime. But in the years to come we hope to reap many, many more limes. And so it is in life, when we sow good things we reap more good things than we sowed; when we sow bad things the consequences we, and often others around us, reap are far more devastating than we imagine.

The life of Abraham perfectly demonstrates the truth of this principle. Abraham sowed obedience when he answered God’s call to go forth to a land he did not know and Abraham reaped the reward of getting to become the father of the great nation of Israel (see Genesis 12). But later in Abraham’s life he sowed the seeds of weakness, impatience, and lack of faith while waiting for the son that God had promised him many years ago, and he reaped a harvest far worse than he ever would have thought possible. As a consequence of the bad seed sown the first child he bore would become the father of the enemy of Israel that has troubled Israel, and much of the world, to this day.

We Reap Later Than We Sow
We began cultivating some coffee seeds a year or so ago in small bags filled with soil. This spring the plants had grown large enough to be planted in the ground. It will be two more years before we see the first few coffee beans. It will take another two years or so before we reap our first full harvest.

And so it is in life. Tychicus had no idea of the rewards he would reap by simply being faithful to the “errand boy” ministry that God had given him. God was very clear when He made the covenant with Abraham to make him the father of a great nation but it is hard to say what Abraham really imagined that would look like. But, based on the Scriptures, it is easier to say that Abraham had virtually no idea what the birth of Ishmael really meant.

In Genesis 17 God reaffirms the covenant with Abraham and promises again that he and Sarah will have a son together. Abraham, in his unbelief because of their advanced years, laughs it off and asks that Ishmael be the covenant son. God simply says again that He is going to establish the covenant with the promised son to be born, but in the meantime He would prosper Ishmael by making him the father of 12 princes and make him a great nation too.

Abraham may have thought he was getting a double blessing in two sons and two great nations, we don’t really know. But it appears that he had no idea what he was really reaping because in Genesis 25, after Abraham’s death, we read that Ishmael settled east of Egypt towards Assyria in defiance of all of his relatives (see Genesis 25:18). This defiance has persisted until this day. I don’t think there is any way Abraham could have known that he, and the world, would reap this much trouble for this long from one bad decision.

There is no Escape, but There is a Choice
“Do not be deceived, God is not mocked; for whatever a man sows, that he will also reap. For he who sows to his flesh will of the flesh reap corruption, but he who sows to the Spirit will of the Spirit reap everlasting life.” (Galatians 6:7-8, NKJV)

From day to day it can be very challenging to make the choice to sow to the Spirit. The psalmist put it like this:

“Those who sow in tears shall reap joy. He who continually goes forth weeping, bearing seed for sowing, shall doubtless come again with rejoicing, bringing his sheaves (or harvest) with him.” (Psalm 126:5-6, NKJV)

What God is telling us is that this life will not always be easy and free from difficulties and suffering. Anyone who states otherwise is going against the very clear teachings of our heavenly Father. But God promises that if we choose to remain faithful and true to sow seeds of righteousness to the Spirit that we will reap a bountiful harvest of joy at the appointed time.

It is very important to recognize that every one of us has to make the choice. God will not make it for us nor will He force us to make the right choice. What He will do for the follower of Jesus, through the person and power of the Holy Spirit, is empower us to carry out the choice to live our lives in such a way that we sow seeds of righteousness to the Spirit. And then He promises that every time we do that we will reap rewards from the Spirit.

So I leave you with 4 questions that I am thinking about as the journey into 2016 begins:

Reaping what we really want to reap in 2016 won’t just magically happen. We have to make that choice now. And then we have to reaffirm that choice daily so we can look back at the end of 2016 and be pleased with what was sown and reaped. 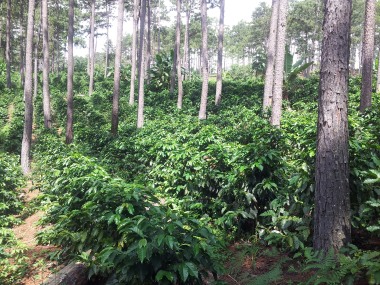 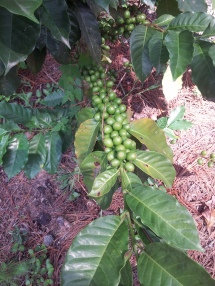 Getting Close to Harvest

This site uses Akismet to reduce spam. Learn how your comment data is processed.